The sun shone
I made a hat
Two of my horses won
And that was that
Every year I say I’m going to make a hat for the races but something always seems to come up and it gets forgotten about, but this year I did.
I decided to go on a theme and I chose sewing.
Here it is … 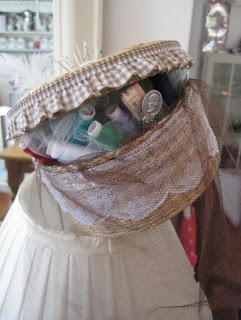 It started with a small basket, I added the brown gingham trimming to the lid and the sponge (pin cushion).  I filled it with netting to plump it up and then sewed on small spools of thread, a measuring tape and threader.  I then added lace around the main basket and added netting at the front.
The netting did sit over my face but whenever the wind blew it got caught in the pins so in the end I just left it like that. 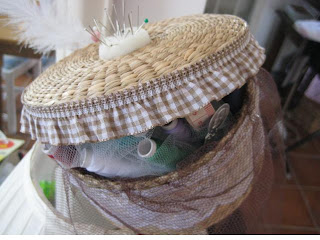 and here I am wearing it.
Thankfully it lasted the day, despite a few gusts of wind :o) 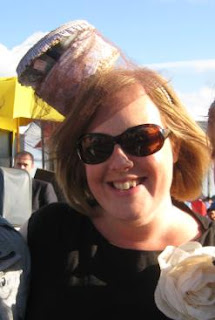 I was a little aprehensive wearing it but only got a few odd looks.   I’ve got loads of ideas for other hats now … oh no, not another hobby!!!
Previous Post: « Pimms Lollies
Next Post: Featured in House and Home »