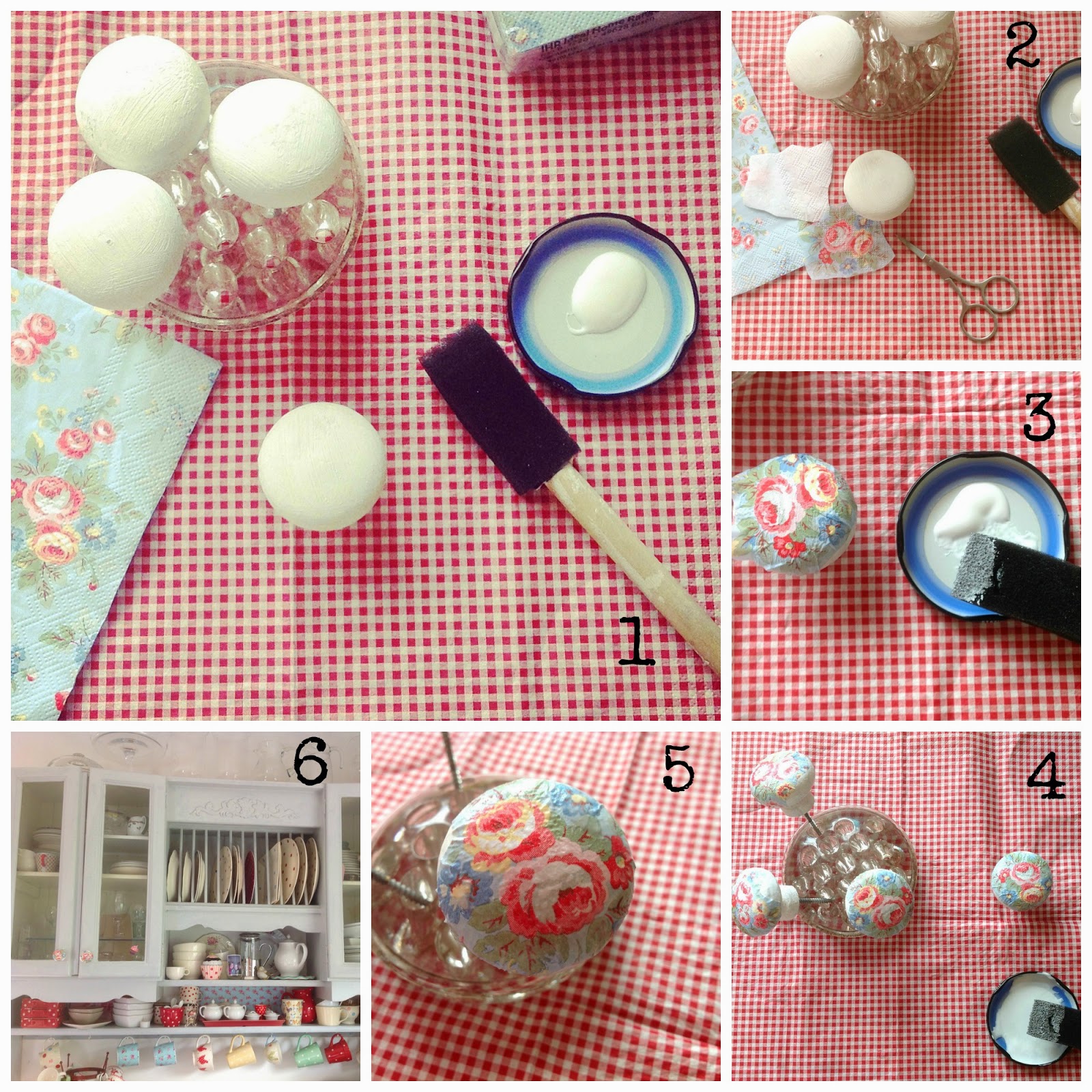 If you’ve been following me over the summer you will know that I’ve been busy with a bit of decorating in my little cottage (more to come on that) and one of the biggest jobs was painting my kitchen … no mean feat when you own a rather ridiculous amount of cups and saucers and bowls and plates and … let’s just say I’ve been accumulating rather a lot of kitchen paraphernalia for many years now :O)

Not content with painting the walls I then decided to paint the kitchen cupboards, my dresser, kitchen island and just as it was all done I decided to give the door knobs a bit of a makeover too.

I painted them first with white paint and initially I planned to paint little roses on them but then as I was putting things away I came across some of my Cath Kidston napkins and had a eureka moment and decided to decoupage (or decopatch) them.

It was super easy, super quick, super cheap and (I think) super effective.

All you need is PVA glue (Modge Podge also works) and some napkins. 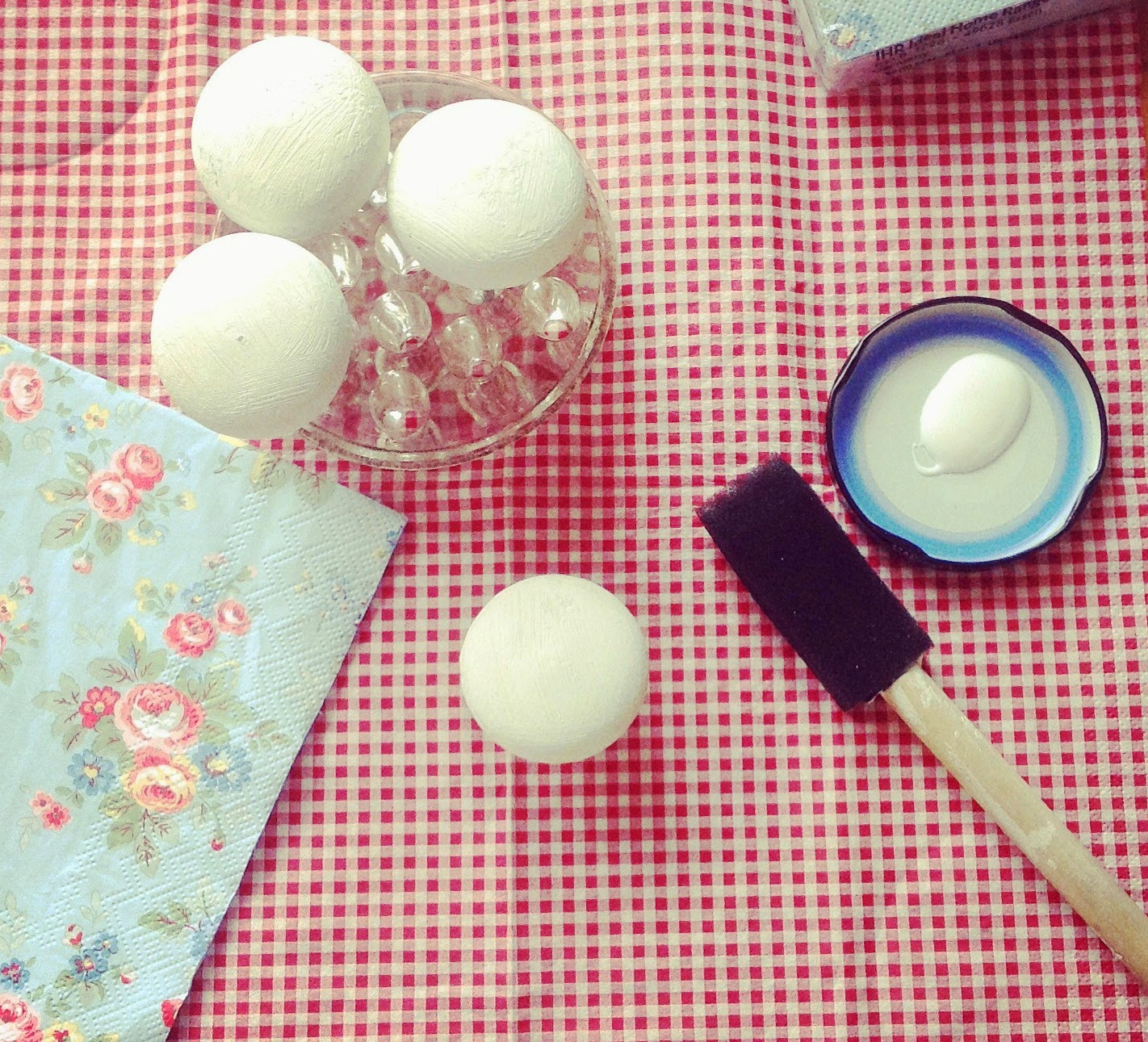 I decided to cut out clusters of roses from my napkins.  Once you’ve done that you need to remove the white backing (sometimes there’s two layers) 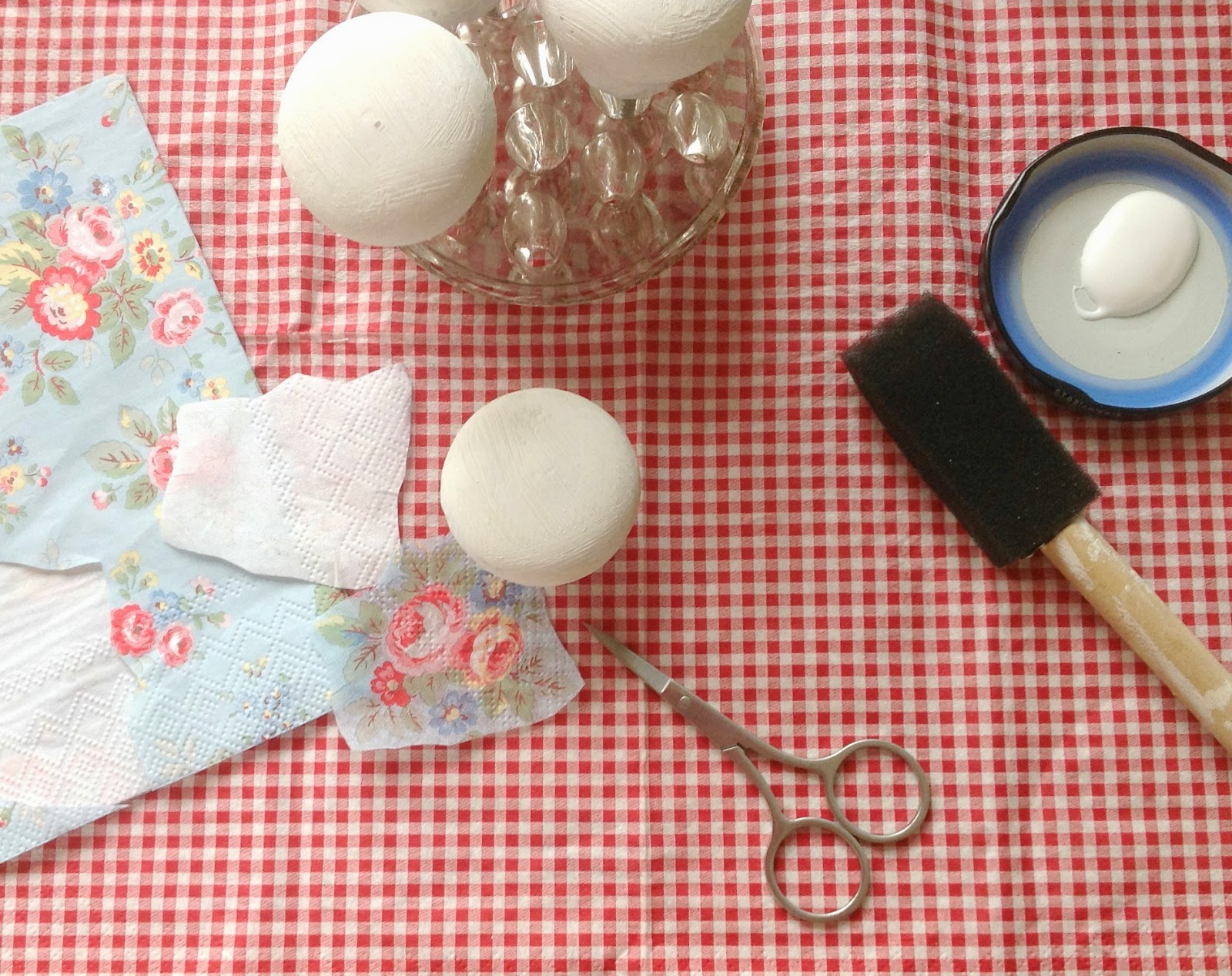 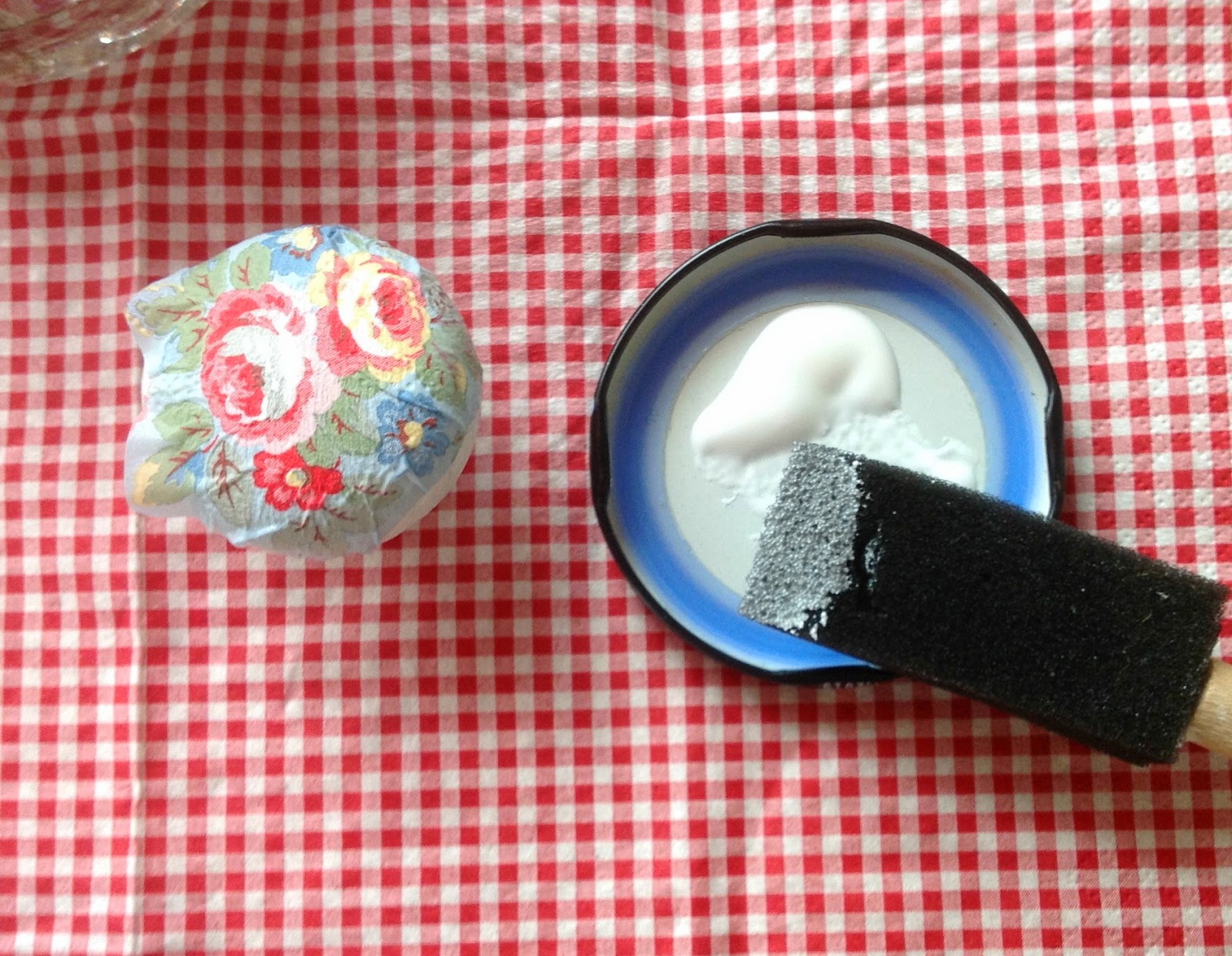 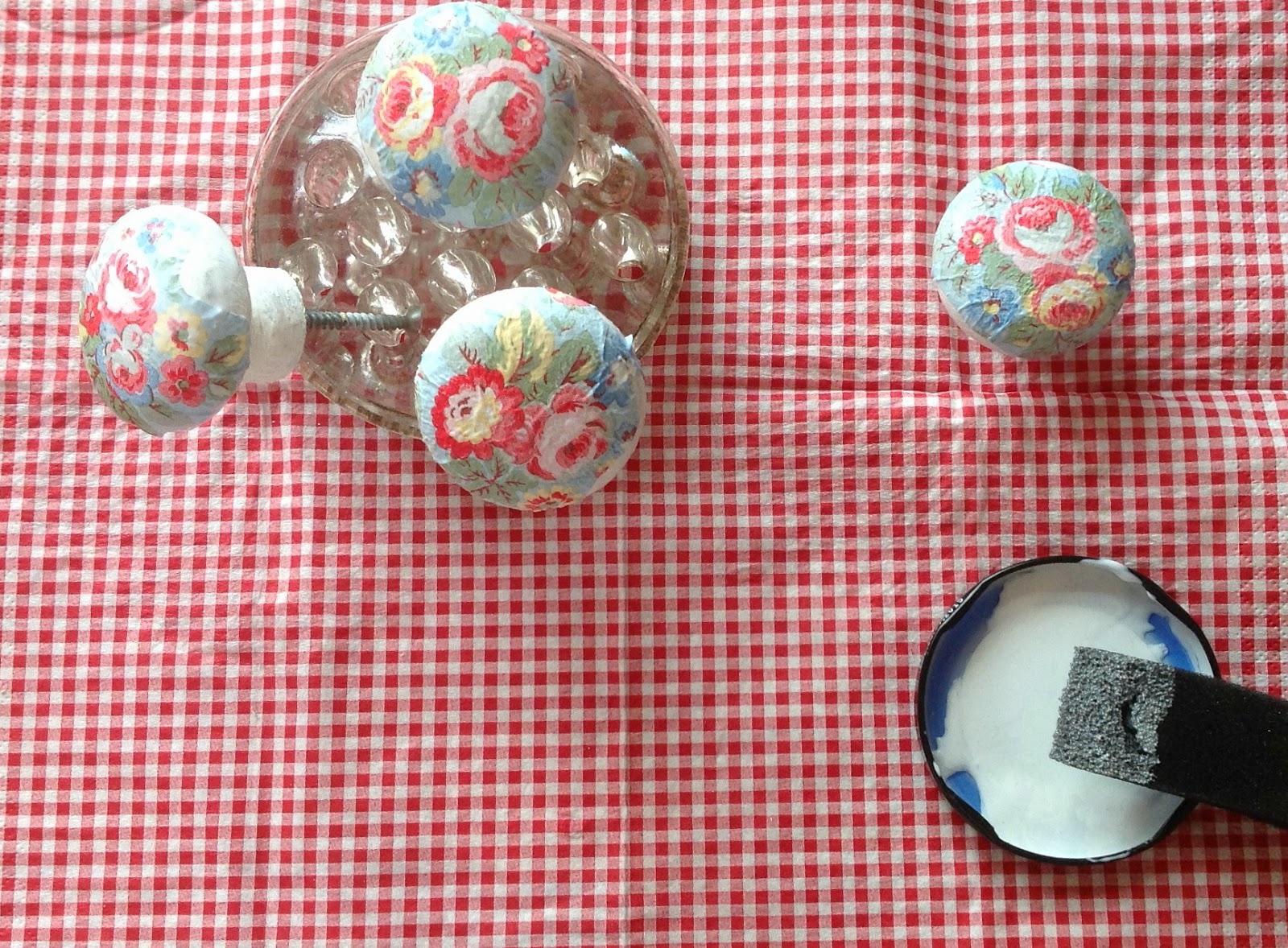 Don’t worry too much if it looks a little wrinkly it does flatten out during the drying process.  Trust me. 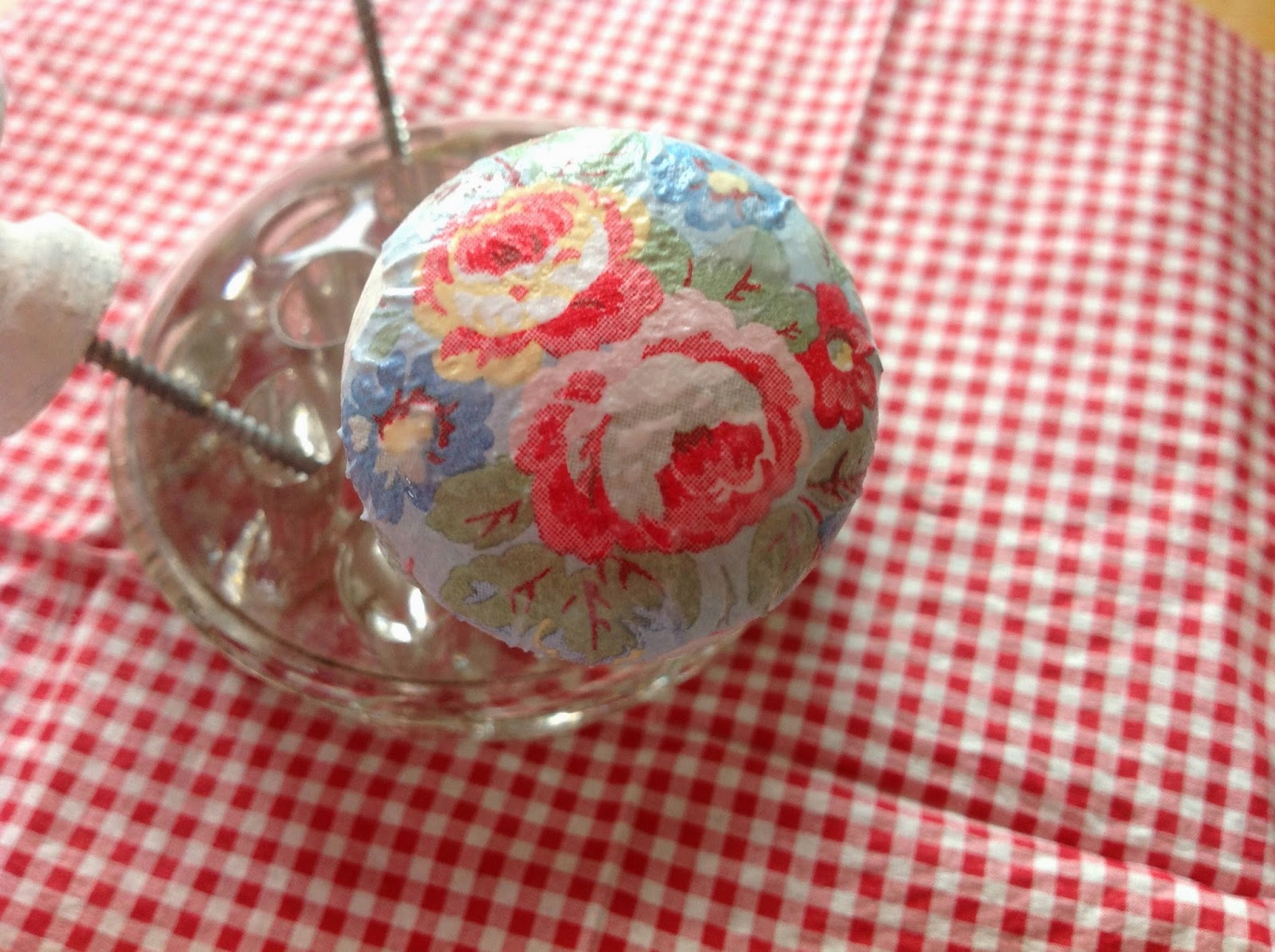 Finally attach them to the cubpoard, stand back and smile at your handiwork :O) 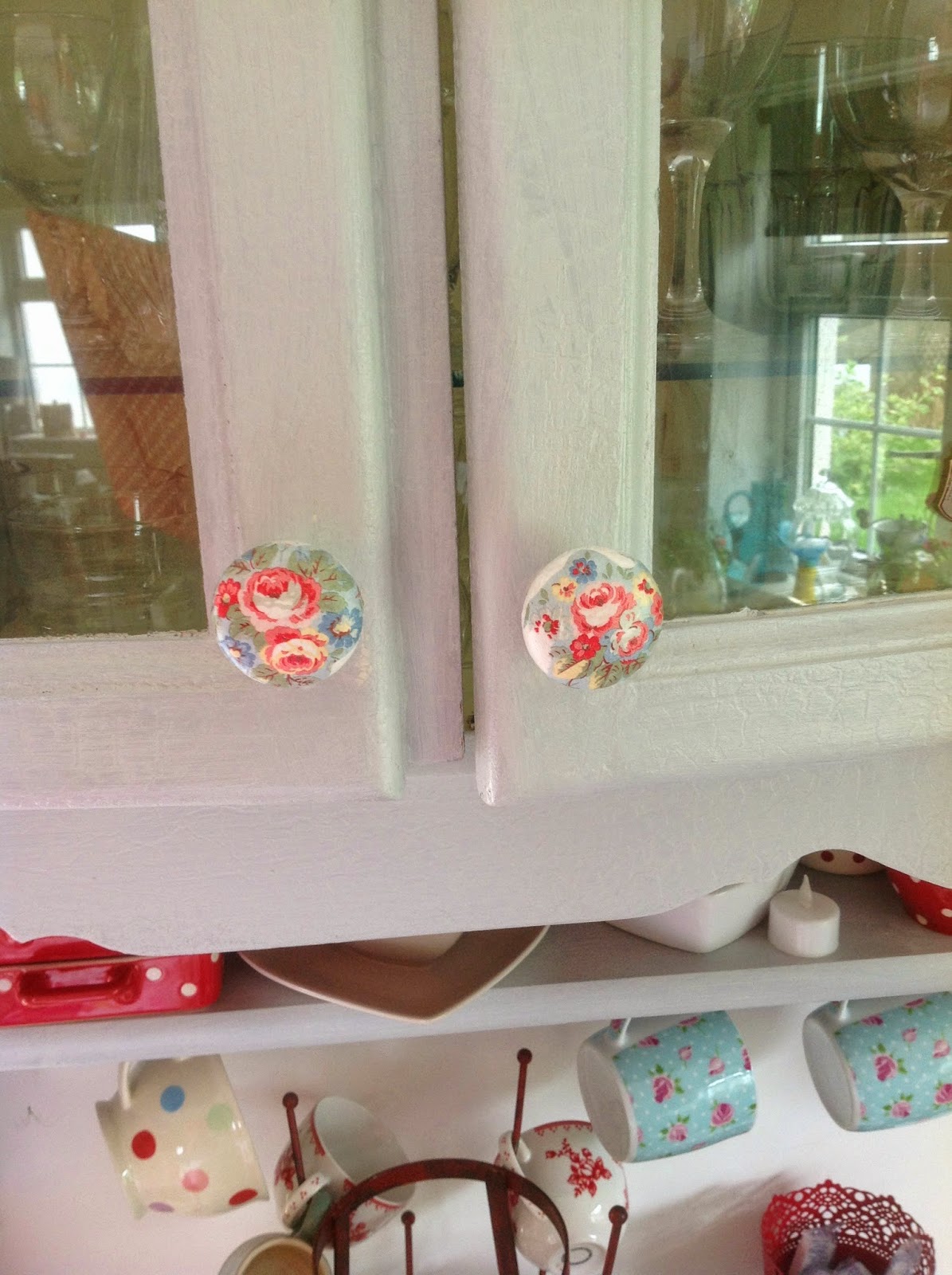 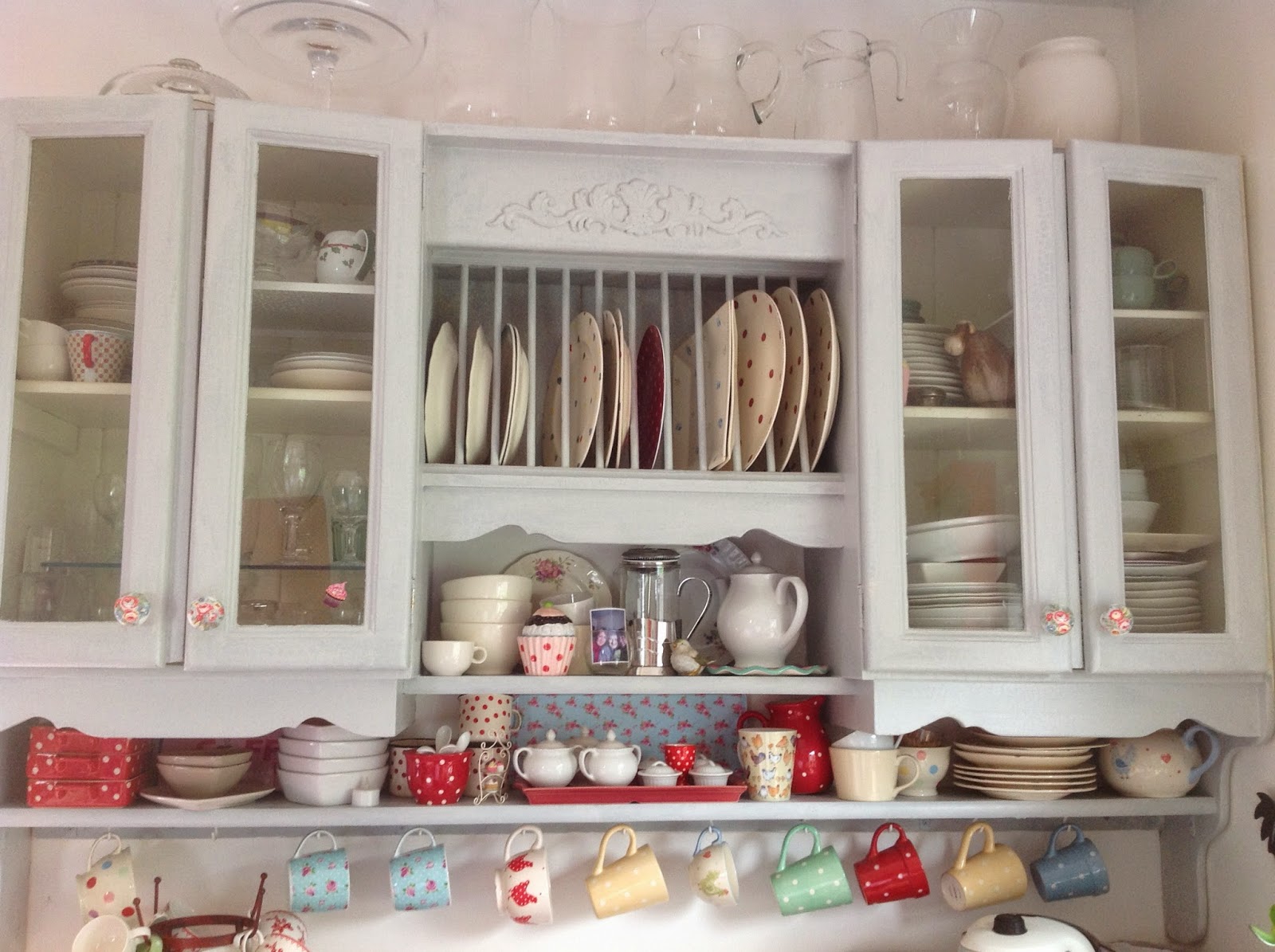 Really pleased with how they came out.  I just need to do all the drawers next !

So has anyone else been doing a bit of DIY over the summer?